The History of Baklava

The History of Baklava

The history of this scrumptious delicacy is quite controversial, and unfortunately not very well documented. Many ethnic groups such as the Greek, Turkish and Middle Easterners claim baklava as their own, and prepare it in their own ways. 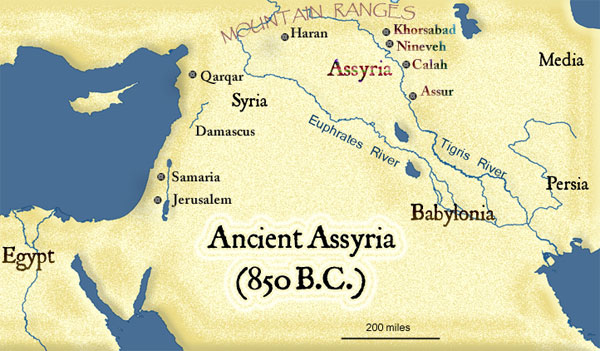 The story of baklava began long long ago, as a matter of fact one version of the story claims that Baklava origins to the mighty Assyrians, who had been preparing it ancient-assyriaas early as the 8th century B.C. by layering unleavened flat bread with chopped nuts in between, drenching it in honey and then baking it in primitive wood-burning ovens. The modern day baklava went through a number of transitions as the history of the area kept on changing. Middle East, Eastern Mediterranean, Balkans, Caucasia; Turks, Arabs, Jews, Greeks, Armenians, Bulgarians of today who introduce baklava as their national dessert were all part of the Ottoman empire once.

The modern day baklava went through a number of transitions as the history of the area kept on changing. Middle East, Eastern Mediterranean, Balkans, Caucasia; Turks, Arabs, Jews, Greeks, Armenians, Bulgarians of today who introduce baklava as their national dessert were all part of the Ottoman empire once. 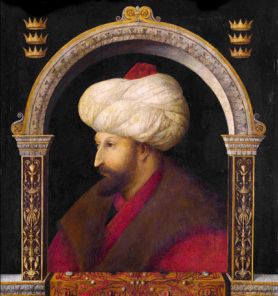 There is no denying the fact thatthe dessert that we delectably consume today was perfected during the Ottoman Empire in the 15th century after invading Constantinople (present day Istanbul). And for over five hundred years the kitchens of the Imperial Ottoman Palace in Constantinople became the ultimate culinary hub of the empire. The oldest reports about baklava are present in Topkapı Palace kitchen notebooks from the Fatih period. According to this report baklava was baked in the Palace in 1473. Baklava elaborated from a 1408488606simple pastry into a dessert which needed skill in order to please the dignitaries and the rich people.

Till the 19th century baklava was thought-of as a luxury; which only the very wealthy could afford. To this day, it is a very common expression in Turkey that “I am not rich enough to eat baklava every day”. People would bake baklava only on special occasions, and religious events or wedding. However, the times have changed so much now that giving a baklava gift basket or baklava business gifting is just a click away and you can buy baklava online anytime.

Influence of Different Civilizations on Baklava

Although the exact baklava origins remain divisive; it is an undeniable certainty that baklava was enhanced every time there was wind of change in The Middle East or Near East. The region has seen many of the world’s oldest cultures and civilizations come and go, with each of them modifying the baklava to their preference.

The Greek Influence – The Greek seamen and merchants traveling easbadge_button_greece_flag_1600_clrt to Mesopotamia soon discovered the delights of Baklava. It mesmerized their taste buds. They brought the recipe to Athens. The Greeks’ major contribution to the development of this pastry is the creation of a dough technique that made it possible to roll it as thin as a leaf, compared to the rough, bread-like texture of the Assyrian dough. In fact, the name “Phyllo” was coined by Greeks, which means “leaf” in the Greek language.

The Armenian Influence – When the baklava was discovered by the Armenian merchants on the Eastern border of the Ottoman Empire located on Spice and Silk Routes they integrated cinnamon and cloves into the texture of baklava. 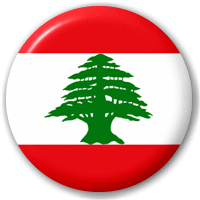 The Arab Influence – Further East the Arabs introduced the rose-water and orange blossom water. The taste changed in subtle nuances as the recipe started crossing borders. Of all the countries in the Middle East, Lebanon is notably credited with lebanon_lebanese_flagcontributing the most to baklava.

The Persian Influence – “In Persia renowned patissiers since antiquity, invented the diamond-shaped Baklava which contained a nut stuffing perfumed with jasmine. In the sixth century the sweetmeat was introduced to the Byzantine court of Justinian I at Constantinople”.²

The Turkish Influence – As the Ottomans invaded Constantinople to the west; they also expanded their eastern territories to cover most of ancient Assyrian lands and the entire Armenian Kingdom. Cooks and pastry chefs who worked in the Ottoman palaces contributed enormously to the interaction and to the refinement of the art of cooking and pastry-making of an Empire that covered a vast region. Towards the end of 19th Century, small pastry-shops started to appear in Constantinople and in major provincial capitals to cater for the middle class.

Origins of the Word Baklava

Just like there is difference of opinion over baklava origins, the source of the word baklava is also disputed. The word baklava entered the English language in 1650, a borrowing from Ottoman Turkish.

Turkish etymologists claim of its Turkish origin (baklağı or baklağu); whereas some say “baklava” may come from the Mongolian root baγla- ‘to tie, wrap up, pile up’. Bayla- itself in Mongolian is a Turkic loanword. Though the suffix –va suggests its Persian origins; however the word ‘baqla’ is not Persian rather it is of Arabic origin meaning bean, but its Arabic name baqlāwa is doubtless a borrowing from Turkish .⁴

According to another source “The Armenians even insist that the word itself–baklava—reveals its Armenian origins as the word appears to be related to the Armenian word for bakh (Lent) and halvah (sweet).”⁵

The name baklava is used in many languages with minor phonetic and spelling variations. In the Arab world Baqlawa/baklawa is used; whereas, the Greeks call it baklava.

The Baklava We Know Today

Baklava is popular across the Middle East but also in other countries and cultures preparing it with different variations:

At the turn of the last century immigrants from different regions flocked to America and brought their culture and heritage along. Those who migrated would only prepare baklava on very special occasions, making Phyllo by hand and filling it with nuts harvested from their new homeland. As the ingredients required to prepare baklava were readily and cheaply available in America, the Arabs and the Greeks started using them in abundance. Filling their special versions of baklava with more sugar and nuts was considered a sign of wealth in their new homeland. Today baklava can be found in Greek and Middle Eastern restaurants and delicatessens all over America.

Baklava now comes in a number of tasty variations and each variety has its devoted followers; each of them being delectable in its own right. However, next time you take hold of that golden succulent treat you should remember the rich Ottoman heritage this delicacy is part of.